Home Archives Profile Subscribe
What Makes Me Happy and What Drives Me Crazy - if you're pitching or asking me for something.:)
@SteveForbesCEO @USAToday @WSJ @KNX1070 You need to interview @nanxi_liu of @Enplug

Some of my favorite fashion discoveries: Marc Jacobs in Disconnect, & Coco Rocha 2x

Sometimes I receive so much good content it's hard to keep up and it takes awhile to actually find time to post everything. Since I have a few moments available today, thought I'd share a few. 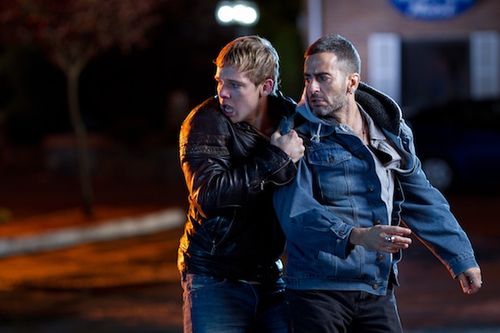 A hard-working lawyer, attached to his cell phone, can't find the time to communicate with his family. A couple is drawn into a dangerous situation when their secrets are exposed online. A widowed ex-cop struggles to raise a mischievous son who cyber-bullies a classmate. An ambitious journalist sees a career-making story in a teen that performs on an adult-only site. They are strangers, neighbors and colleagues and their stories collide in this riveting dramatic thriller about ordinary people struggling to connect in today's wired world. (Official blurb provided by publicist)

Watch the riveting trailer here which opens with one of my favorite songs right now:

And then just because I like fun, flirty ads, two of my favorite fashion ads to date by White House/Black Market featuring the incredible dancer, Coco Rocha, including a behind-the-scenes peek at what goes into making these commercials.

For the spot she perfected her moves with the help of Broadway choreographer Laurin Latarro.  Featuring approximately 12 different head-to-toe looks in the 30 second spot - Rocha becomes the tap dance equivalent of a quick change artist.  All plays out with a surprise reveal that takes the concept to the next level.

The print ads and marketing images, photographed by Glen Luchford, also carry through with the dance theme. Shot on the same set at the TV spot, the images feature Rocha in various states of dance as well as some more traditional fashion poses.

Then, because this spot was so popular, Supermodel and co-host of TV’s The Face, Coco Rocha was invited back for White House | Black Market’s Spring 2013 ad campaign.

This has been your lunch break. Hope you enjoyed what the publicists shared with me!