Had a great couple of days and now that the final Presidential debate is over feel like sharing. Hope you watched and have registered to vote if you live in CA cuz today is the final day! You have until midnight to do so here: http://www.sos.ca.gov/elections/elections_vr.htm

Really enjoyed learning more about the Motion Picture TV Fund this past Saturday night because so often it's easy to only see the selfish, greedy, evil side of Hollywood and there really is a sweet, caring, loving side to it as well as evidenced by the power house turn-out at this private fundraiser.

I was very inspired listening to the stories of those who had benefited from the services and lived on campus as read by actors. It was all I could do not to take pix, but if you read the Hollywood Reporter in the upcoming days, I'm sure you'll see an eyeful.:) Here's one of my favorites though which he shared with his fans. 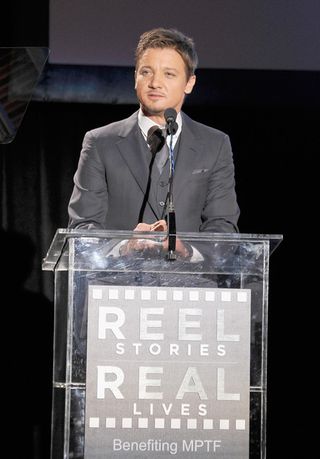 It was also very inspiring to see the level of people involved in caring for the elderly and infirm of Hollywood.

Go here: http://www.mptvfund.org/page.aspx?pid=744 to see who I'm talking about, or check this out. Recognize anyone?:) 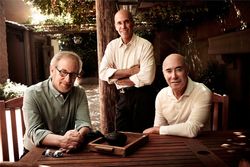 I've only considered the church as caring because that's what I've grown up with and have experience with, but to see Hollywood in action was very humbling and inspiring on so many levels.

What I loved hearing the most from the evening, above and beyond all the stories of people who have benefited, was the fact we are all one community. This was repeated throughout the night. We are our brother's keeper.

Loved that sentiment! As I said on Facebook, God bless you and God bless Hollywood! And I don't say that lightly!:) Very moved and inspired...

Another Hollywood event I enjoyed attending recently was the Kingdom Come screening hosted by Paste Magazine and my friend, Michael Dunaway. Recognize this man? (This fun pic is courtesy the talented Comic, Shelby Bond with the rest from this event graciously provided by Filmmaker/Photographer, Clinton H. Wallace of Photomundo, International.) 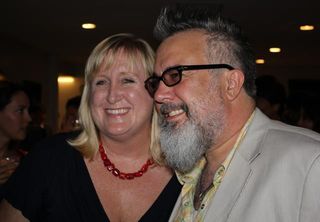 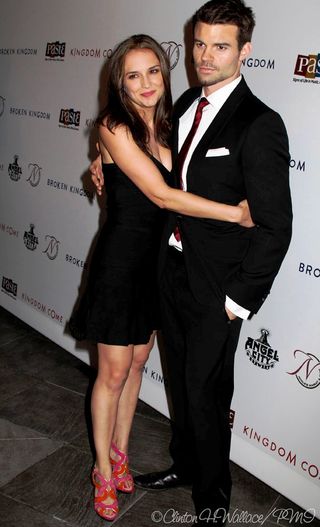 Kingdom Come is a documentary about the making of Broken Kingdom, by new filmmaker, yet accomplished Actor, Daniel Gillies and his lovely wife, Actress, Rachel Leigh Cook.

What was enjoyable about this doc, was hearing all the other stories of successful filmmakers and actors sharing their experiences with their efforts to create films intermixed too. So true! 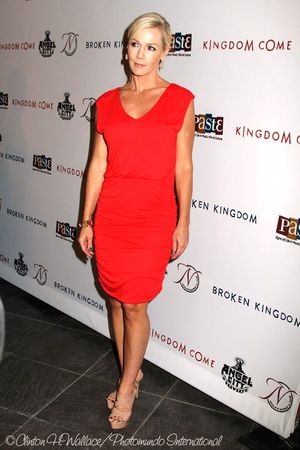 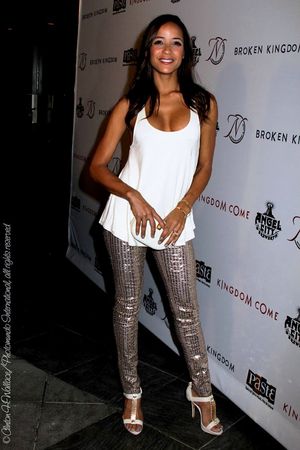 I've been super busy and wasn't able to immerse myself in this season's LA Fashion Week as much as I would have liked, but did manage to see my two favorite Filipino designers, Furne One and Alexis Monsanto.

Last time I had covered their shows, their work really wasn't as popular in Hollywood, but both designers have exploded on the Hollywood scene which I wasn't expecting at all! Congrats to both of them!

I have never seen such a large, excited crowd fill the Vibiana before. You may remember these blog stories I wrote about my last experience, or if you haven't check it out: http://thejoywriter.typepad.com/pure_unadulterated_joy/2009/11/passion-revealed-alexis-monsanto-furne-one-and-more.html

He says, “I embrace a style that is irreverent, unafraid, existential and provocative. With fashion, I aspire to create challenges for myself, while creating a whimsical world for my client. Ideally, they’ll tap into a form of expression that would otherwise seem unattainable. I am inspired by everything in my life, from the cold black objectivity of commerce to the warm subjective embrace of the muses."

Here's a few pix from the official photographer, Christian Del Rosario, which you can see in their entirety here. You can see my take on each fashion show event overall on my Facebook Fan page here and here.

In the meantime, enjoy my video coverage of the final procession for both shows. Please watch with the sound off for "optimal" viewing.:)

And just found my Sue Wong Fashion Show video which you can enjoy here too.

So, I think that about wraps up my latest adventures now that I've been back in Los Angeles.

On a closing note, since people ask me all the time what the biggest difference between living in GA versus now being back in CA, what I have come to recognize is the fact I know more people in Los Angeles and have a good reputation out here whereas I had to start from the ground up in Atlanta which is extremely difficult.

When I saw Monsanto at the fashion show, he acknowledged me from the stage and was delighted to see me at his show. I receive invites to private events others aren't included in by virtue of the professional and personal relationships I've carefully, and successfully, built over the years.

It just feels good to know, even though I was gone for a year, I wasn't forgotten. I feel more and more as time goes by I'm getting back into my groove slowly, but surely. As one friend pointed out, when I shared all the difficulties I went through in GA with my car, my health, my job and living situtations, she said, it was like I was Jonah running away from Ninevah and God wanted me back here in Hollywood.

I feel that very clearly now. I enjoyed a taping of one of my favorite music shows today and was seated in front of the judges which made me realize how lucky I am to have experiences like this so easily.

Hollywood is a special place and now that I've spent a year away from it, I appreciate it now more than ever. So, that's all. I just felt like sharing.

Hope you enjoyed reviewing some of my adventures with me. I'm sure there are more ahead!

Have a great week!