All about @HollyFulger host of Speaking of Beauty which launches Tuesday, August 21! 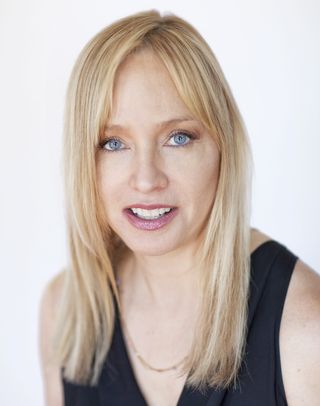 Actress, Writer and Beauty Spokesperson, Holly Fulger is on a personal mission to help women discover their inner beauty and feel more beautiful at every age.

Working first as a model and then as an actress, she always felt compelled to lie about her age, Holly experienced the good, the bad and the misguided aspects of beauty in our Hollywood and Madison Avenue driven culture.

As a result, she developed a lifelong passion to help women develop a positive, compassionate, and beautiful self-identity. It’s now the driving force behind her latest her new web series, SPEAKING OF BEAUTY WITH HOLLY FULGER, designed to open a dialog among women to address their concerns and insecurities of aging, and ultimately, help women discover their inner-beauty, enhance their self-image, and feel more beautiful at every age.

As she interviews some of her favorite role models and “everyday heroes” of all races, ages and backgrounds, each woman discusses their personal vision of beauty, the negative effects of media's "ideal woman", and how these perceptions influence their lives. Holly takes a profound look at both the positive and negative aspects of beauty and presents a platform for resolving the paradox of being "beautiful" and the power of being yourself.

Holly has always loved beauty and fashion, but it wasn’t until she became a step-mother that she felt comfortable with her own beauty and actual age. Struggling with feelings of inadequacy since a teen-ager, Holly knows firsthand the struggles women experience in today’s distorted view of beauty.

A year ago, she co-launched an inner-beauty workshop with a professional makeup artist and held numerous workshops teaching women how to internalize the truth of their own unique beauty and create a deeper connection between their inner and outer selves. Many women experienced beauty breakthroughs for the first time with the information, support, and resources provided.

As a spokesperson and inner-beauty workshop leader, Holly has written numerous articles on beauty. An article she wrote for iCNN caught the attention of a CNN producer who interviewed Holly and seven other women on their perception of beauty. To Holly, the most interesting part of her beauty workshops and being on CNN, was listening to other women’s stories and hearing how difficult it was for women to say what is beautiful about themselves.

“We don’t talk enough about beauty and the issues it brings up, to one another. I believe that is beginning to change” says Holly. “The older I become, the more I see that physical beauty is lovely to look at, but ultimately meaningless. Beauty is a reflection of who we are. It is, quite simply, our soul reflected outwardly.”

An accomplished actress, Holly was a television series regular on such television shows as ELLEN, thirtysomething, ANYTHING BUT LOVE with Jamie Lee Curtis, numerous other TV shows and feature films, including the Disney trilogy ZENON, GIRL OF THE 21st CENTURY, and over fifteen television movies.

Prior to moving to Hollywood from her Ohio hometown, Holly studied stage acting at the acclaimed Remains Theatre Co. in Chicago, where she starred in many award-winning plays directed by Tony® award-winning director, Robert Falls. Now that her children are teen-agers, Holly has returned to her theater roots and just worked on a new play by Mark Roberts (creator of MIKE and MOLLY) with the Rogue Machine Theater in Los Angeles, where she is a company member.

Holly Fulger is married to character actor, Ron Bottitta, and lives with their two children and all their rescue animals, in Hancock Park, CA.

Bookmark: www.speakingofbeauty.tv to see the launch of Holly's new web series on beauty. Holly & friends will be available to answer questions and comments from 10am - 4pm PT tomorrow too!